So in Part I of this story I told you how I was able to find my perfect space and the construction that was done to it.  Now I had to make it functional for a photography studio and put MY personal touches on it.

First thing I needed: Shades. Preferably light filtering shades.  There is one whole wall of windows that gives the most beautiful light but as mentioned previously, privacy is an issue so off to blind store I went with measurements for my huge windows.  Four days later they were up! 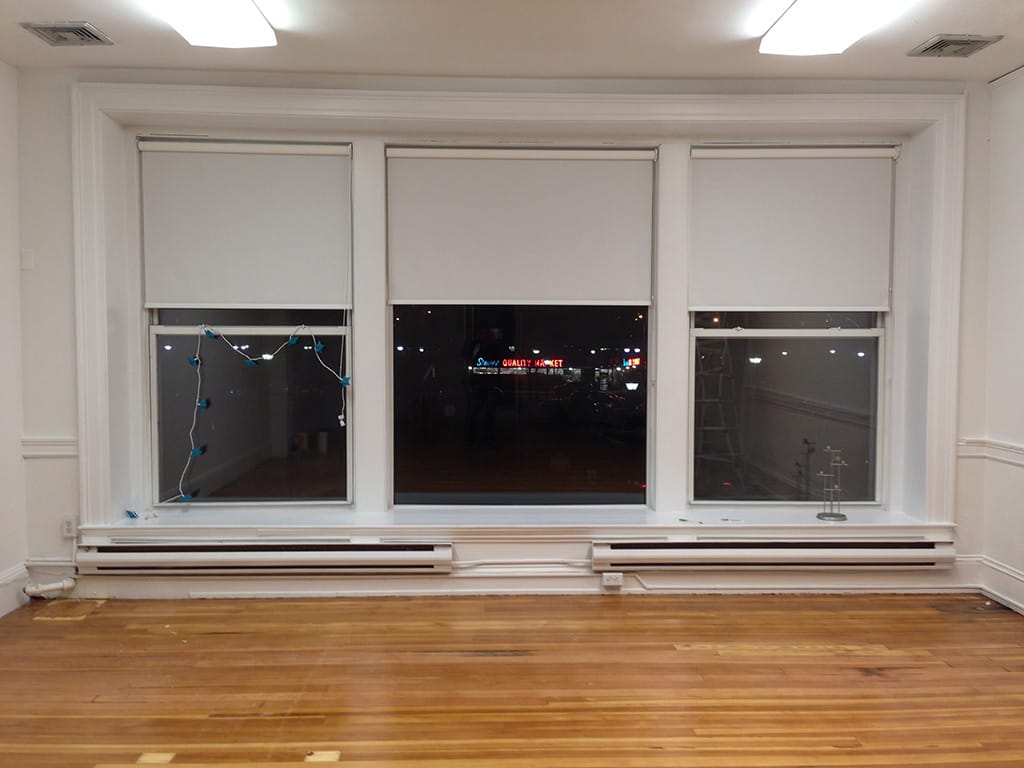 Now what to do about those unsightly baseboard heating elements? Clever Joe to the rescue! 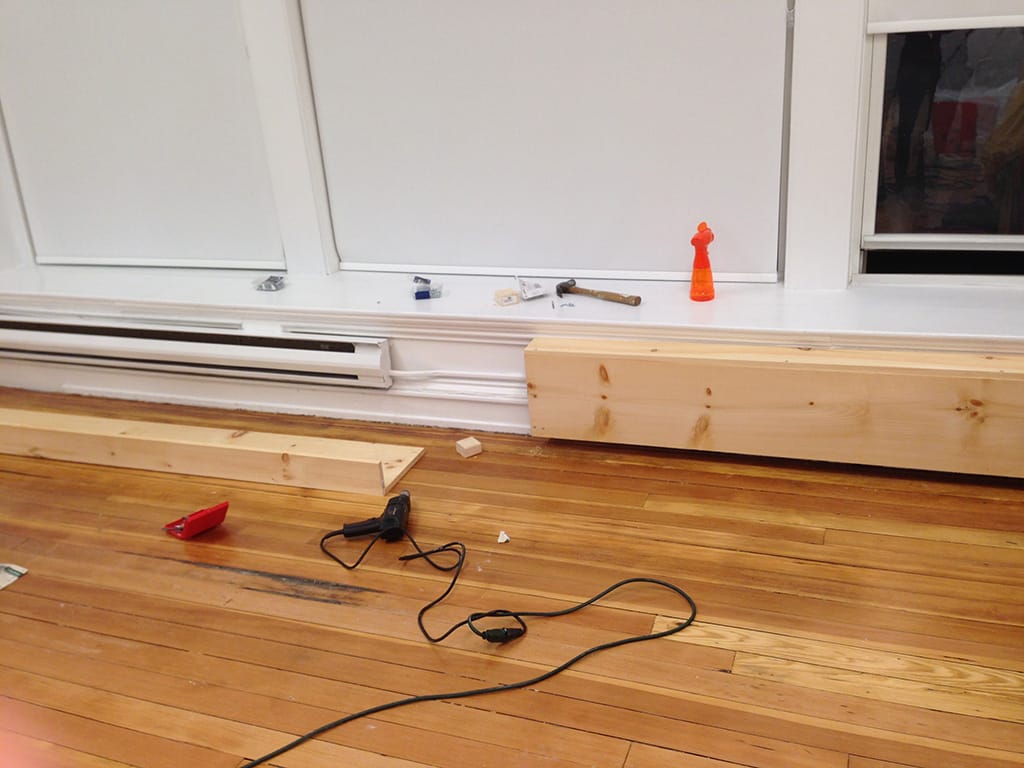 Next up was the task of building a rolling wall.  One side of my studio has beautiful windows while the other does not. I wanted a big white wall to reflect some of that light back and also serve as a room divider.  The trick was that I wanted to be able to move it around the studio.  I searched Pinerest and saw this clever idea. I knew that I wanted one side to be white and the other to be matte black.  I emailed that link to Joe and he started planning.  First he built the frame and put the wheels on.  Then we sheet rocked the side that was going to be white and used cheap paneling for the black side. (In hindsight we should have used larger wheels and then sheet rocked both sides). 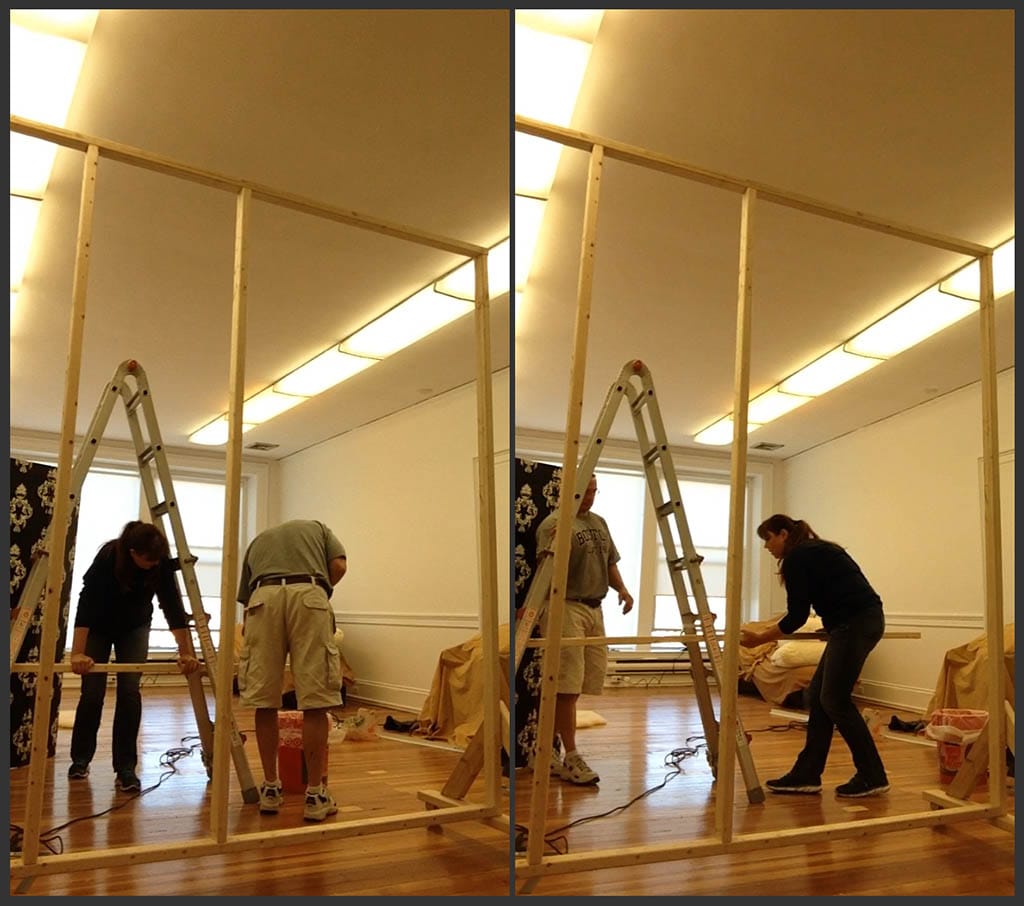 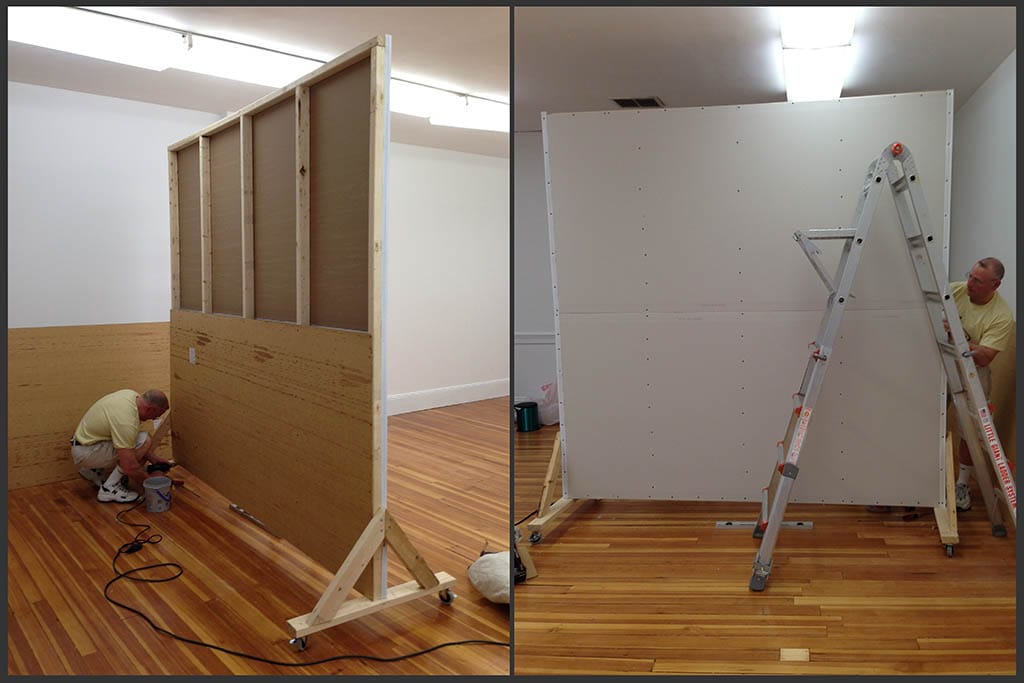 After I took this photo we realized that the paneling needed to be attached vertically, not horizontally, so we switched it.

Then we painted one side matte black and the other bright white. After everything was done we decided to put larger wheels on it so that it moved more smoothly.  Now I have a room divider that reflect light (on the light side) or absorbs it (on the dark side) and I can move it all around the studio as I need to. It’s really amazing. 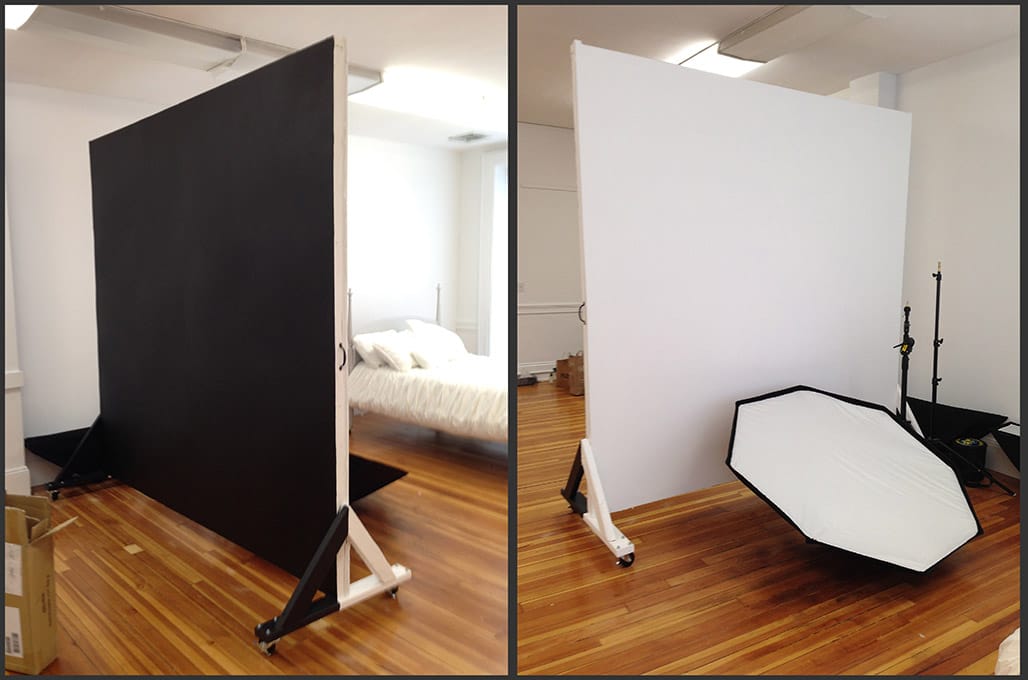 Super-duper shout out to Sivan & Craig of Sivan Photography of Florida for sharing their rolling wall idea with the world and inspiring me. Y’all rock!  In the next (and final installment) I will post about the amazing furniture I’ve found  (and searched out) for the studio.  Including that gorgeous pink swan fainting couch.

Want to be a BOUDOIR VIP? Subscribe to my VIP List to get notified about special events, tips & tricks and lots of beauty & boudoir fun.