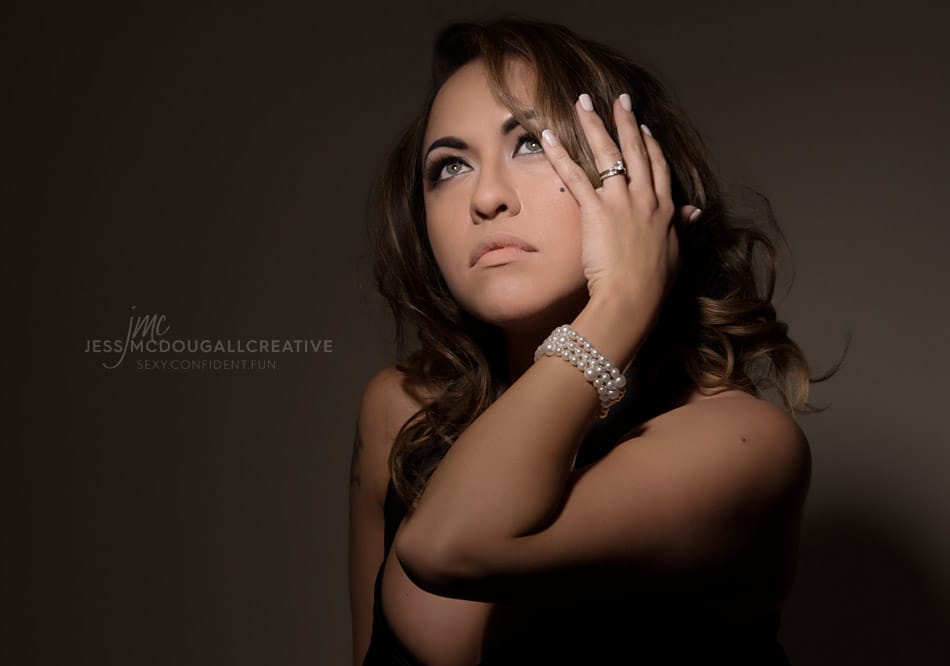 I’m so excited to share with you this Old Hollywood Style photoshoot from last month! First, a bit of back story…  A few years ago I attended a seminar with Lindsay Adler and Lou Freeman and learned all different lighting techniques. It was a blast and super insuring!  When I got back, I posted an image from it to social media. My friend Viv saw it and messaged me to say that she’ d love to do an “Old Hollywood” type shoot with me.

Flash forward to this year… now that I had my studio and the time to actually set up some fun, stylized shoots I contacted Viv to see if she was still interested.  [ Meanwhile, I had already done one shoot with Viv and know that she was extremely photogenic and would be perfect!]  She was ecstatic about the idea and we started pinning photos to her Old Hollywood Glamour Pinterest board.  One of the images we pinned really caught my eye. It was a George Hurrell style photo of Sherilyn Fenn.  [Come to find out, it actually was taken by Hurrell who apparently died that year. ] I didn’t have the lights best used for this type of Glamour photo so I made do with the strobes that I had and we had fun with it. 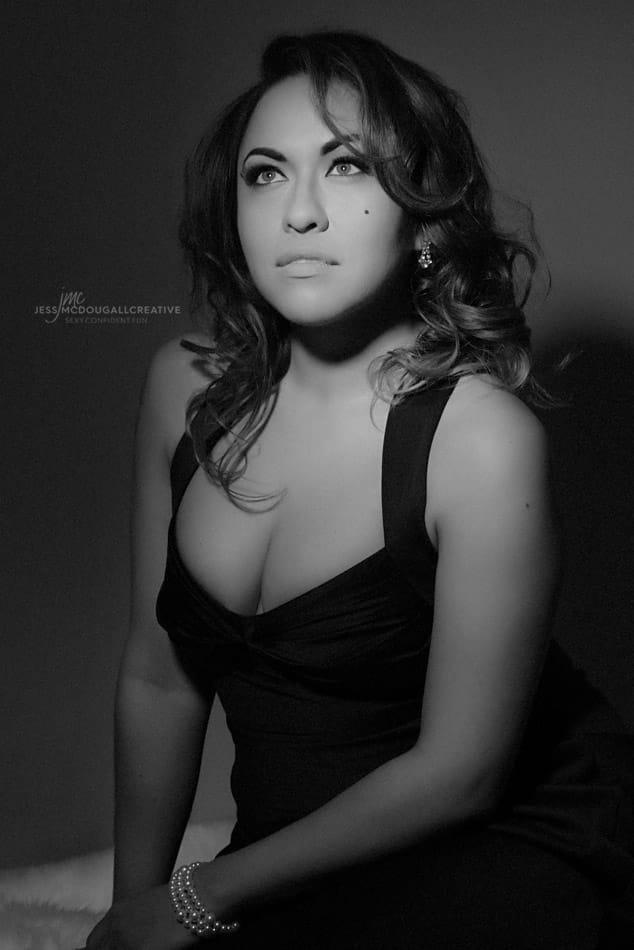 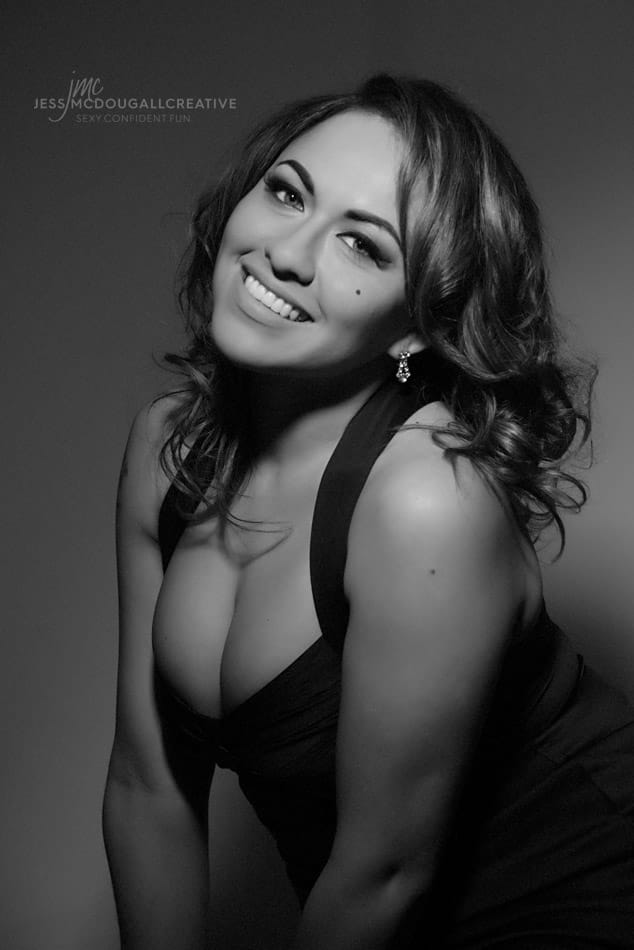 She is just lovely!  I had committed to doing a black and white version but I also really love the tone of these two: 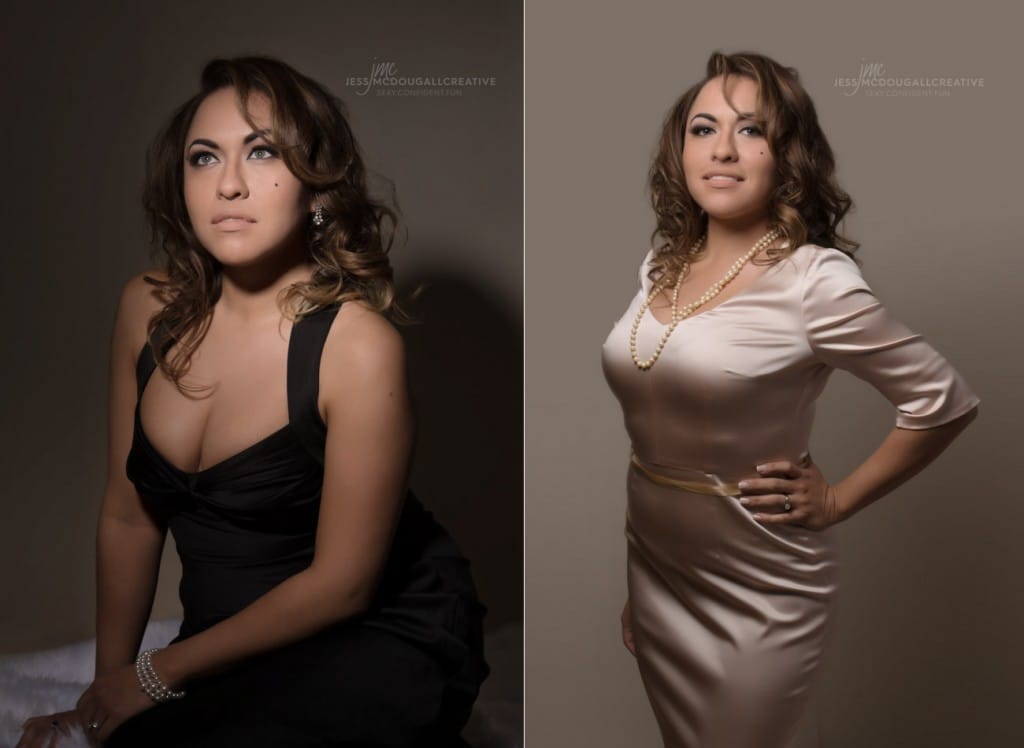 Dresses are from Viv’s personal collection.

After we got the Old Hollywood shot, Viv just kept being glamorous …so I just kept on shooting. 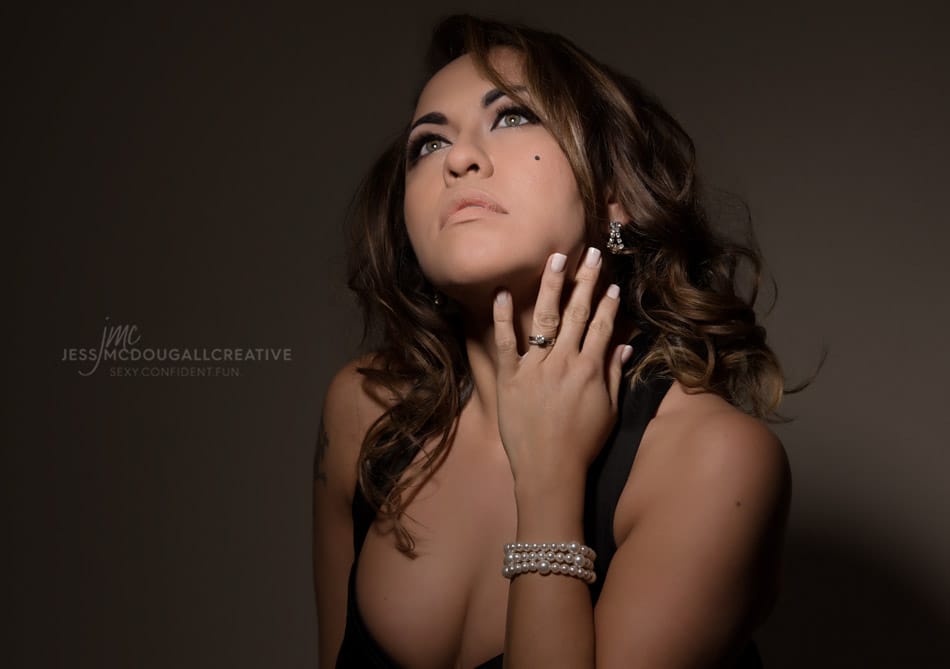 We did these images at the end of a long day in which we did two other photoshoots (one vintage romantic with Viv and another Glamour shoot with Amy – those will be posted soon!). 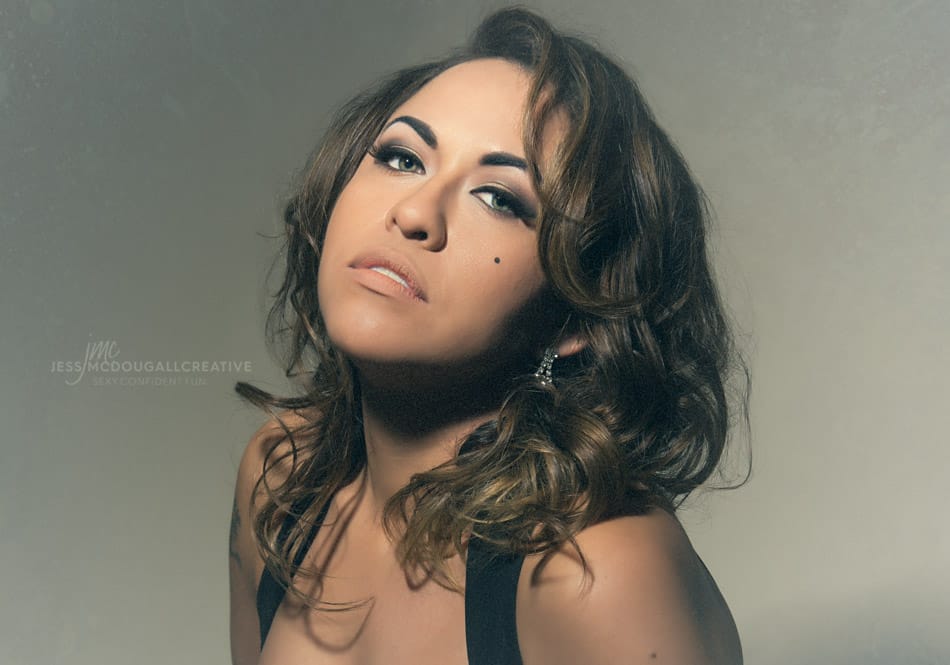 Oh, hey! Remember that time that I photographed EVA MENDEZ?!

Oh! and of course… here is our BEFORE & AFTER photos side-by-side. 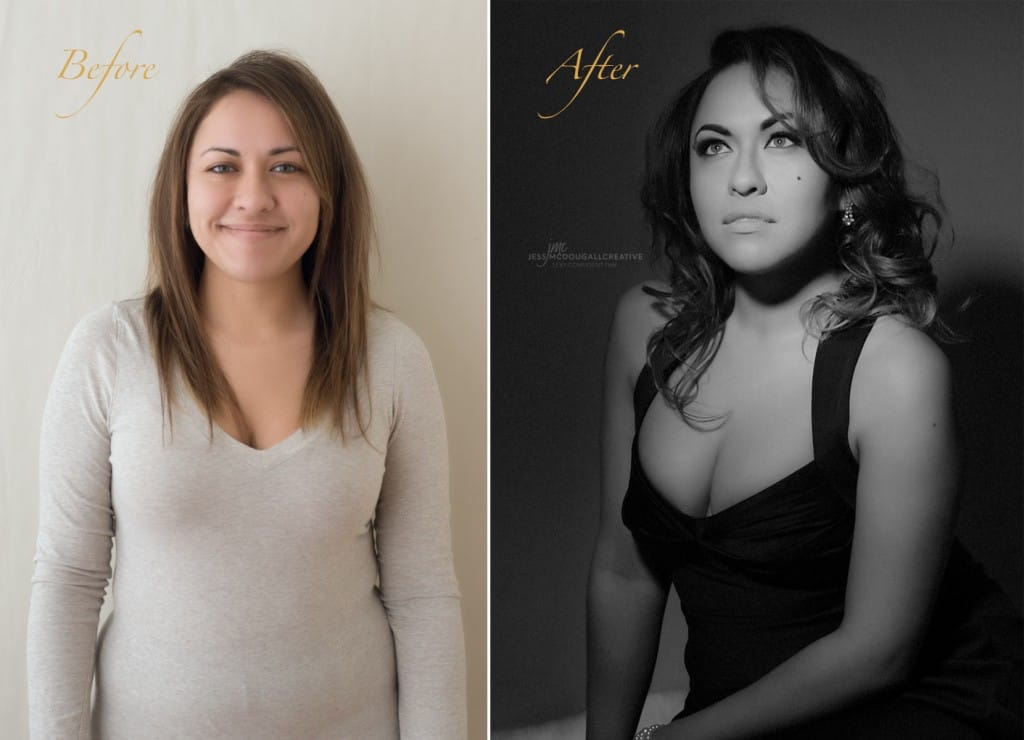 Viv, you are beautiful… Thanks for being such a great sport and shooting for such a long day.  Your images are amazing and you were the perfect Old Hollywood Glamour model for this project. xoxo

Ready for your own stylized photoshoot?

Old Hollywood, vintage romantic, modern glamour or your own style idea?  Send me an inquiry via my form and we’ll chat!