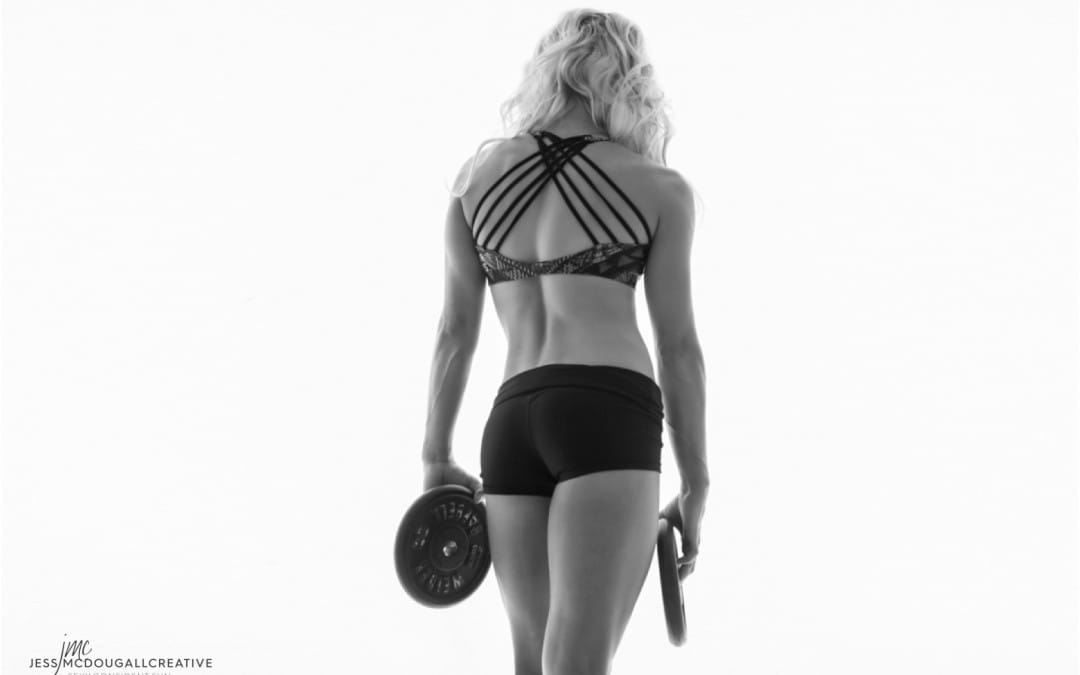 I was so pleased to have Garrett Wood, Boston based personal trainer and nutrition coach, back in the studio for a second photography session with me. The first time we shot together, she was self-conscious and a bit unsure of herself, but this time she really shined, and was confident throughout the whole shoot!  Look at that smile! 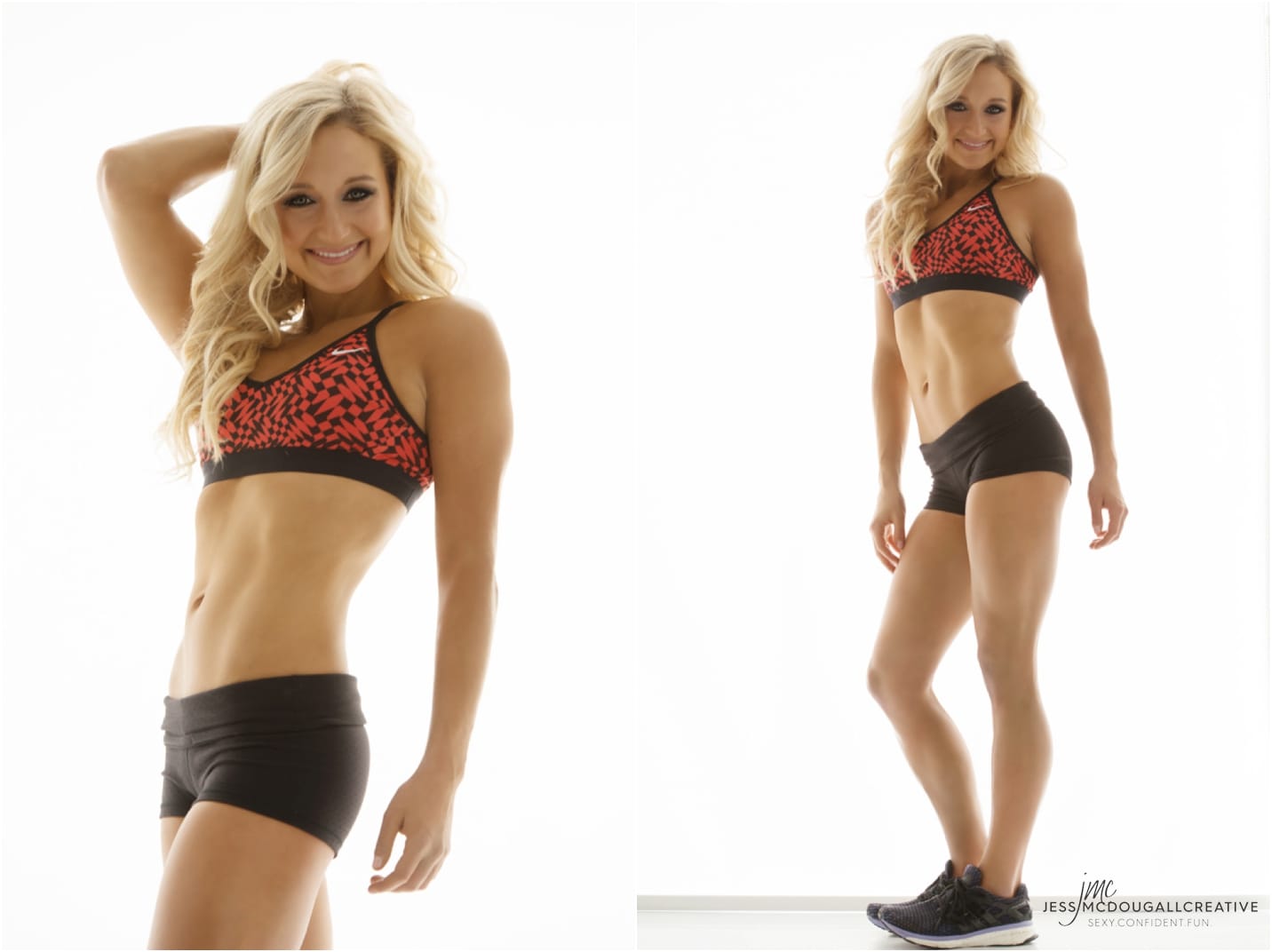 Garret specializes in fat loss and in working to empower women through fitness and confidence building. In November she competed in her first fitness competition at the 2015 NPS New England Championships. Garrett chose to be her own coach and build her own bikini prep nutritional program even though she was fitness comp newbie who had never even been to a show.

During her show she had no idea how she was doing – only that she was going to get on stage and strut her stuff and have FUN! When they asked her to step off the stage, she thought she had been dismissed, but instead, it was because she placed at the top and ended up winning 2nd place in her class! Go Garrett! 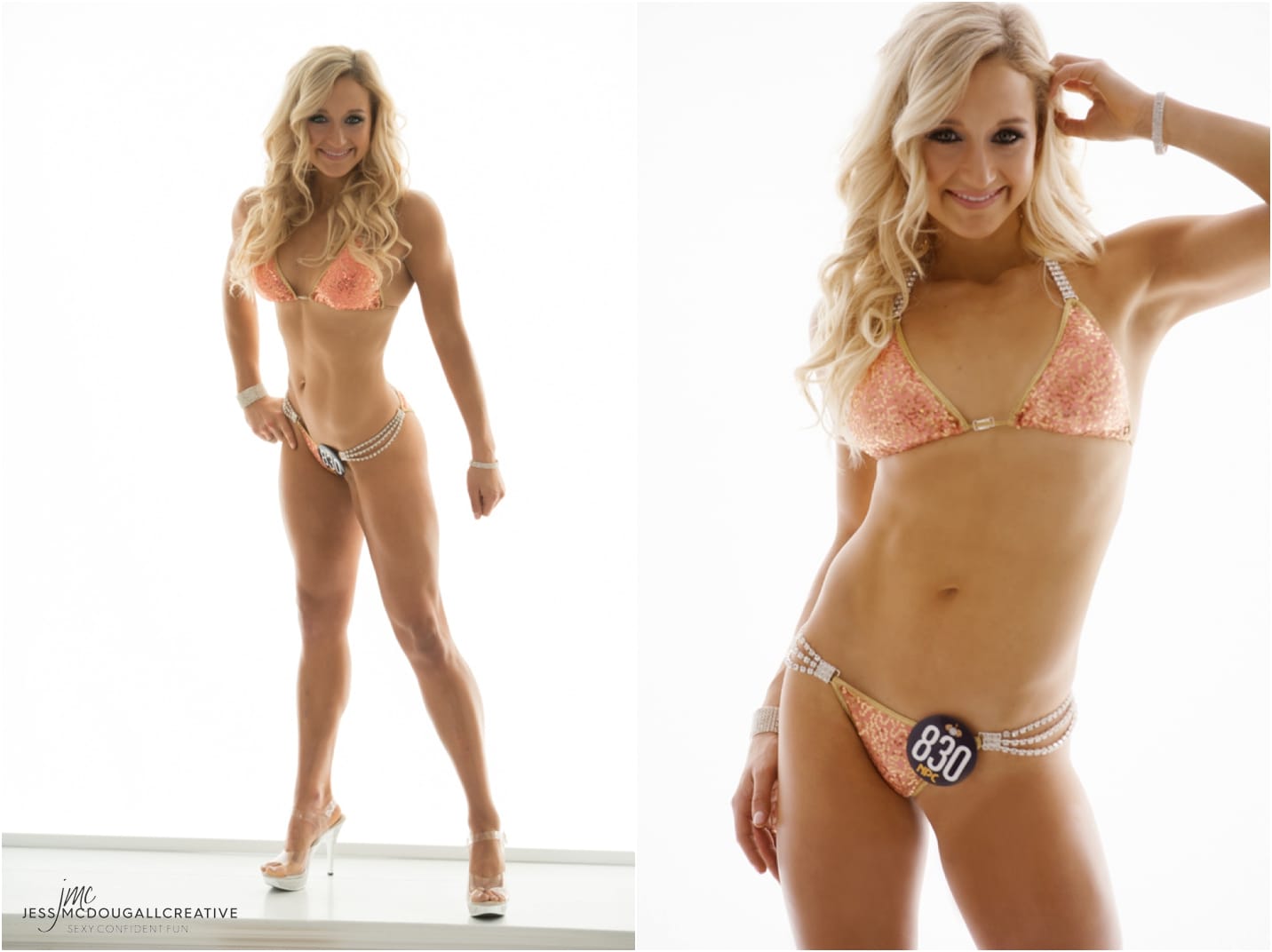 After her competition, Garrett posted on her Instagram page: “I feel more empowered, more confident and more grateful than ever for my health. Thanks to a healthy mind and body, I was able to commit to some serious (fun) powerlifting training for 16 weeks and have the motivation and the means to eat healthy foods to nourish my body.” 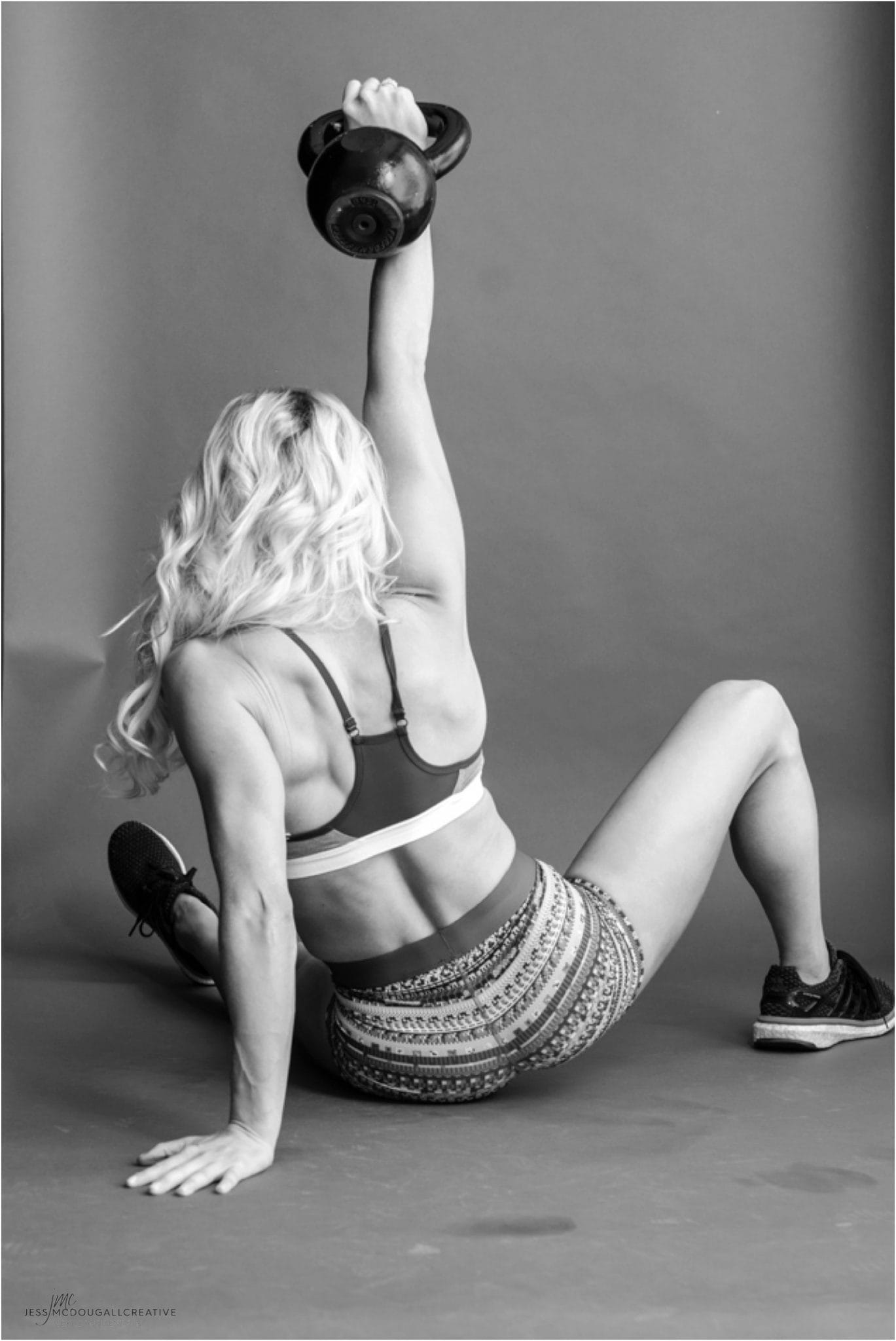 Usually, fitness competitors will schedule their photoshoots with me the day after their competition so that they are still in stage-ready shape and don’t have to extend their diet any longer (because that diet can be pretty strict!). But Garrett came in over a week later and had allowed herself to get back into eating right using a reverse dieting method. Her curves had filled out a bit since she was on stage, and she looked amazing—incredibly fit and feminine. 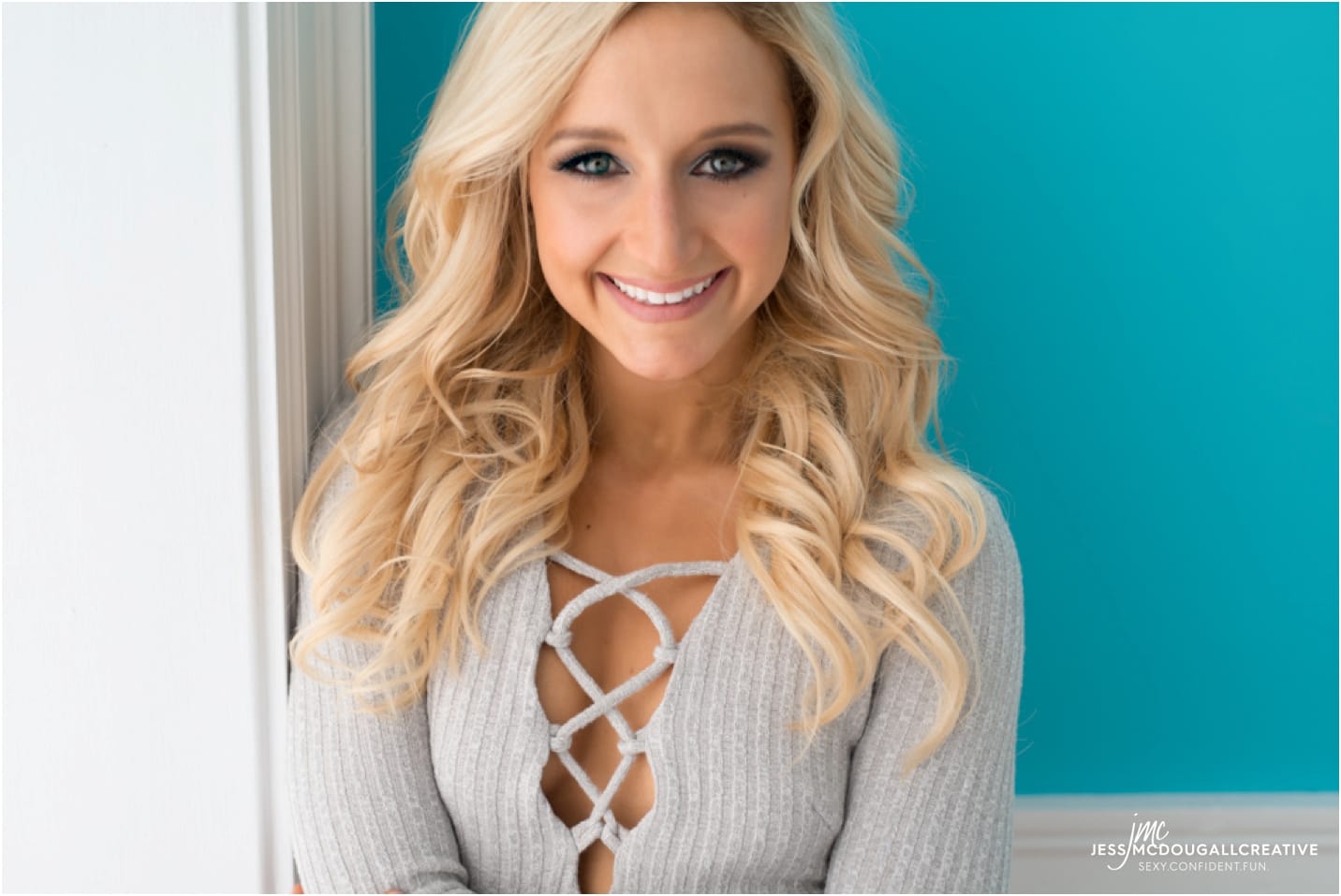 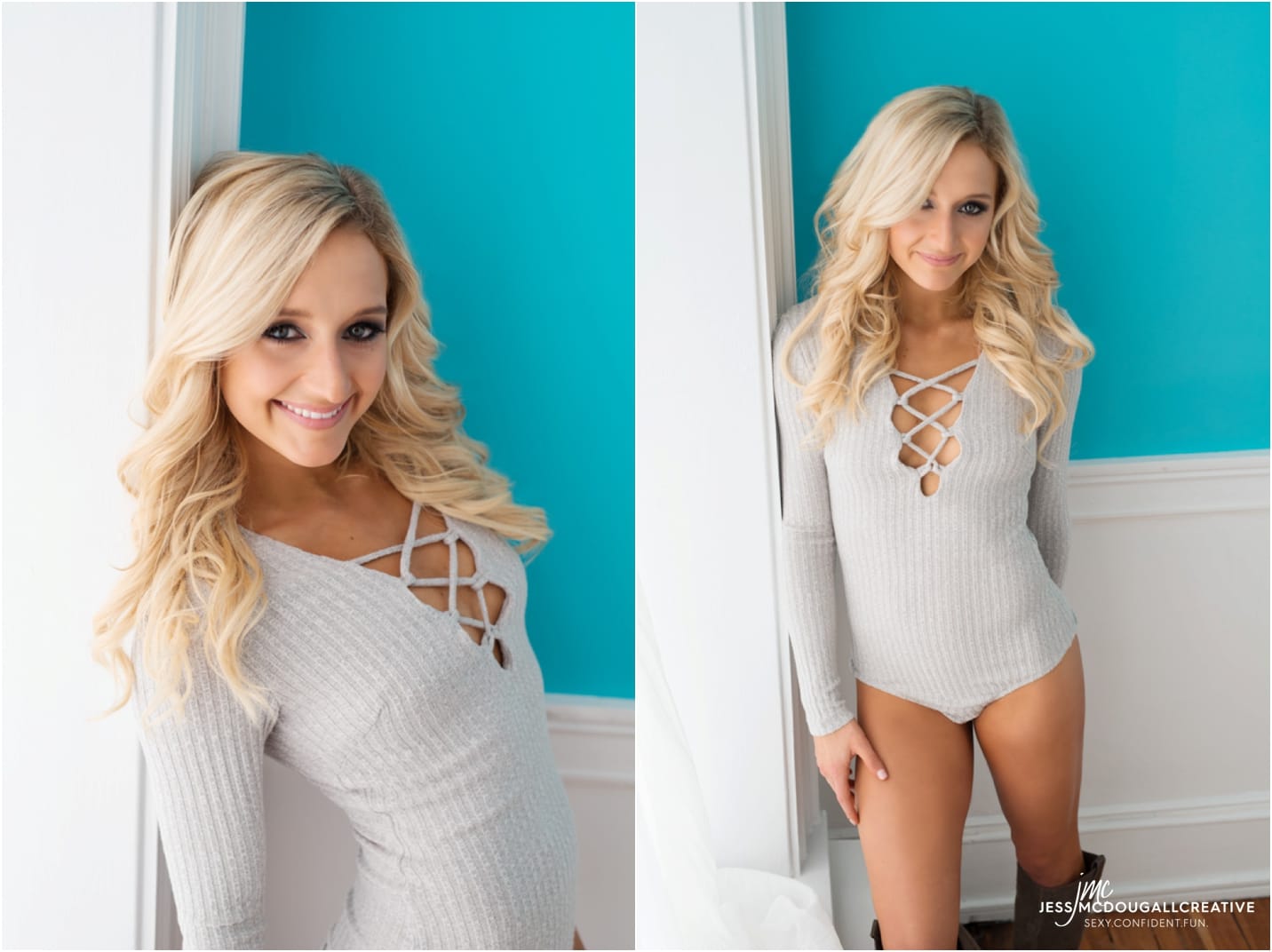 In addition to competing on the fitness stage, Garrett is also is a competitive weight lifter.

“I think through confidence in one’s physical strength,
one can find mental and emotional strength.”
– Garrett Wood

I love that she brought her weight-lifting belt with her to the shoot! During the shoot we joked about her experience of being such a “tiny” woman, walking down the street to the gym with her weight belt slug over her shoulder. 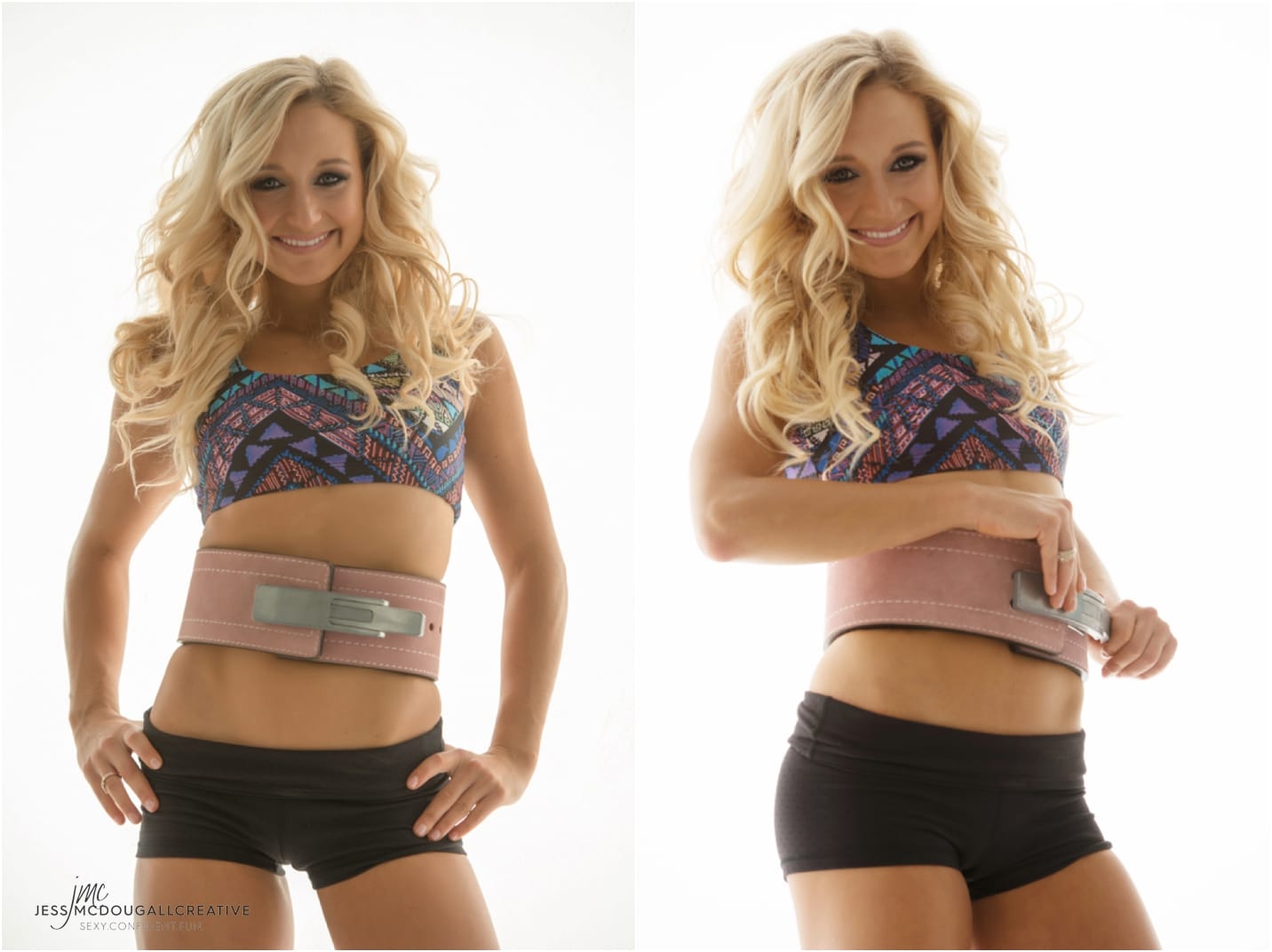 Garrett later told me that these snaps with her belt are some of her favorite images. I can see why. Snapping that belt in place looks like second nature for her.

One of my favorite parts about this shoot was the fact that Garrett wanted me to mix the shoot up a little bit. Instead of doing all fitness images, she wanted some soft and feminine portraits. For those she brought two amazing bodysuits to wear as well as a fabulous, floppy-brimmed hat. My favorite image are the ones of her in the brown bodysuit holding the rose. Just look at those legs girl! 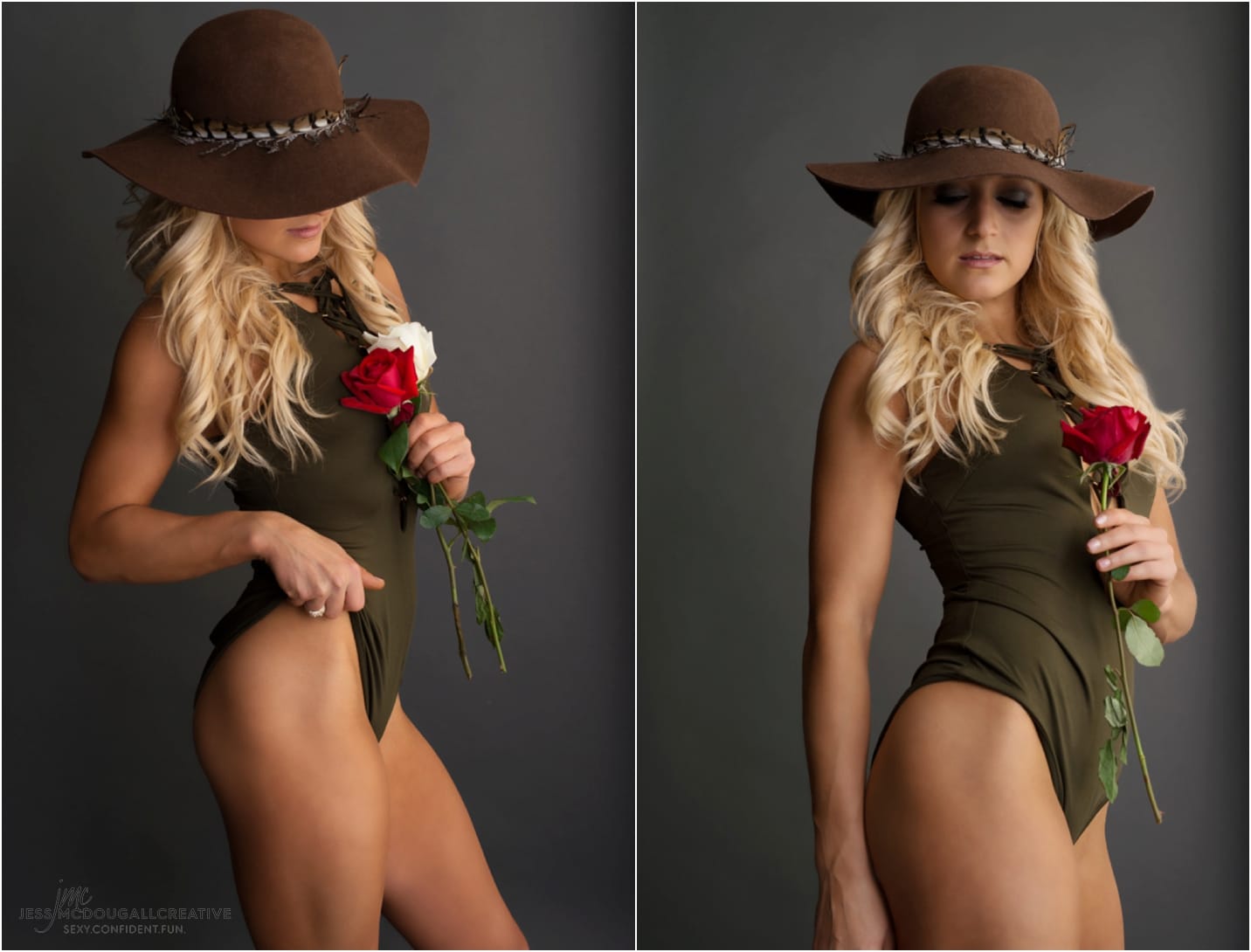 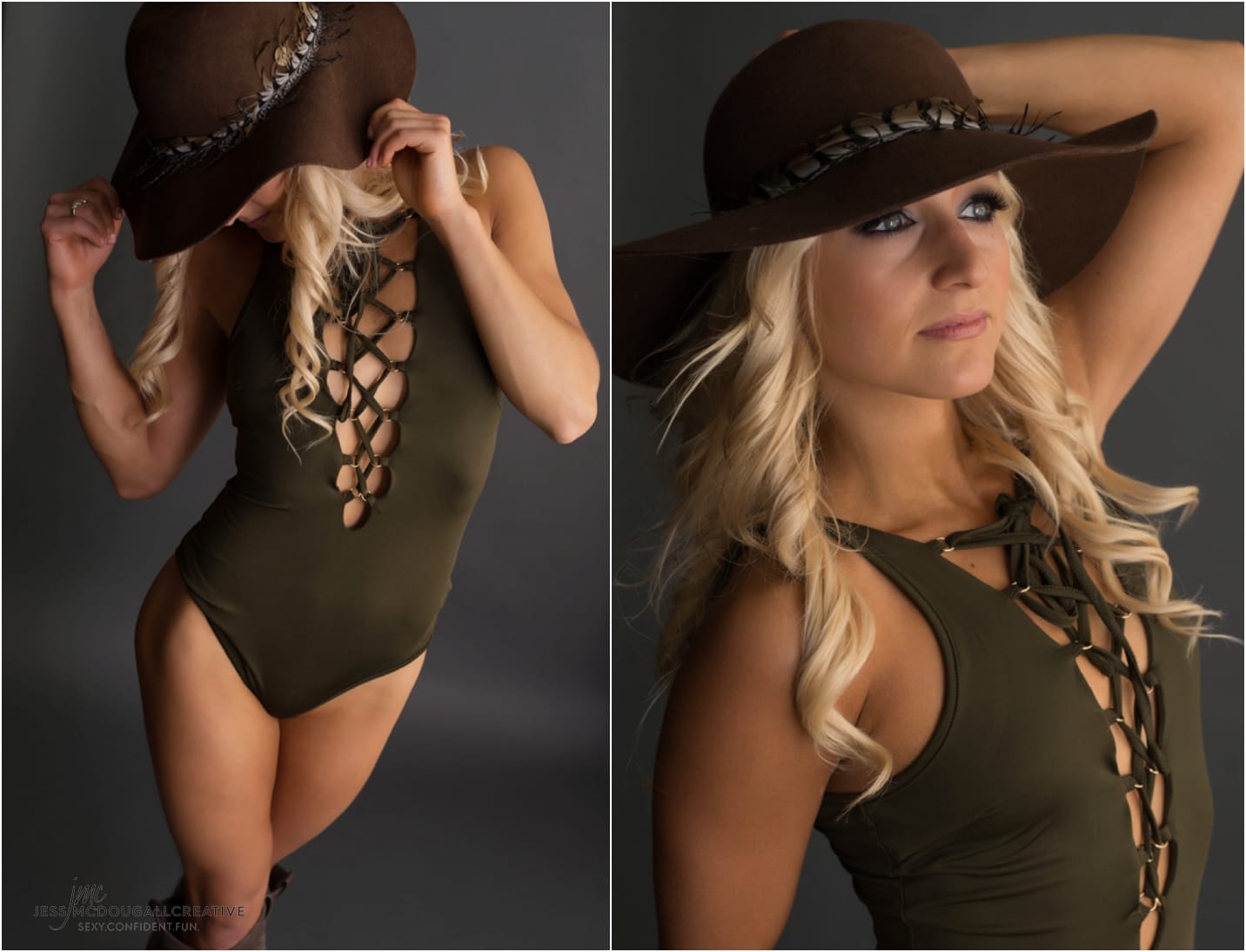 Garrett, you are a force to be reckoned with, and I see nothing but big things and grand adventures in your days ahead—keep it up! 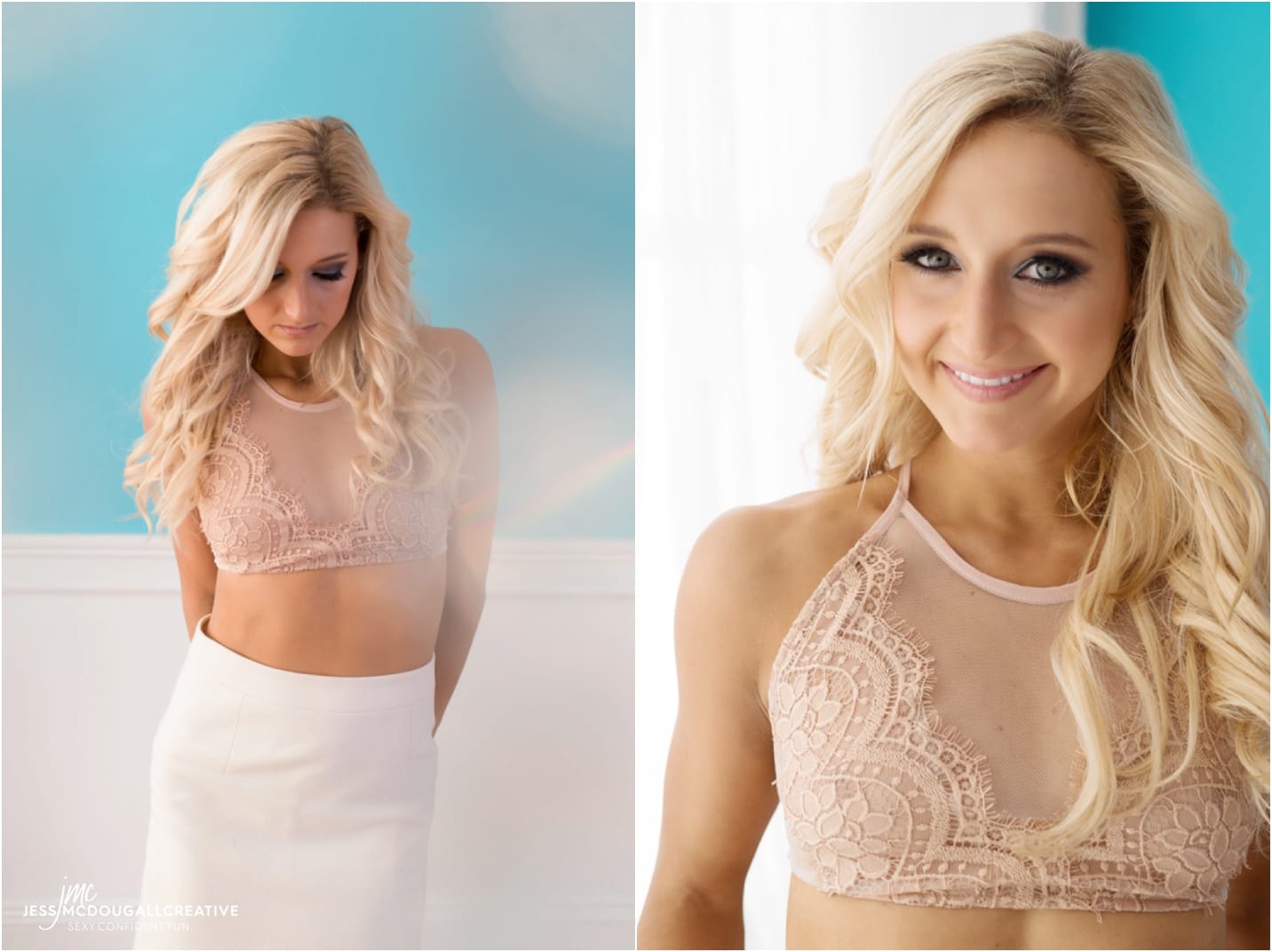 Follow Garrett’s adventures in coaching, competing in bikini competitions and weight lifting competitions or just life in general via Instagram. You can also find Garrett teaching at various locations around Boston, like Barry’s Bootcamp or Cyc Fitness Boston or writing articles for her fitness website, Crossroads of Fitness.

Interested in online coaching with Garret? Contact her today to learn more.
She is SFG Level I,  NSCA-PT certified, and Precision Nutrition Level I certified.