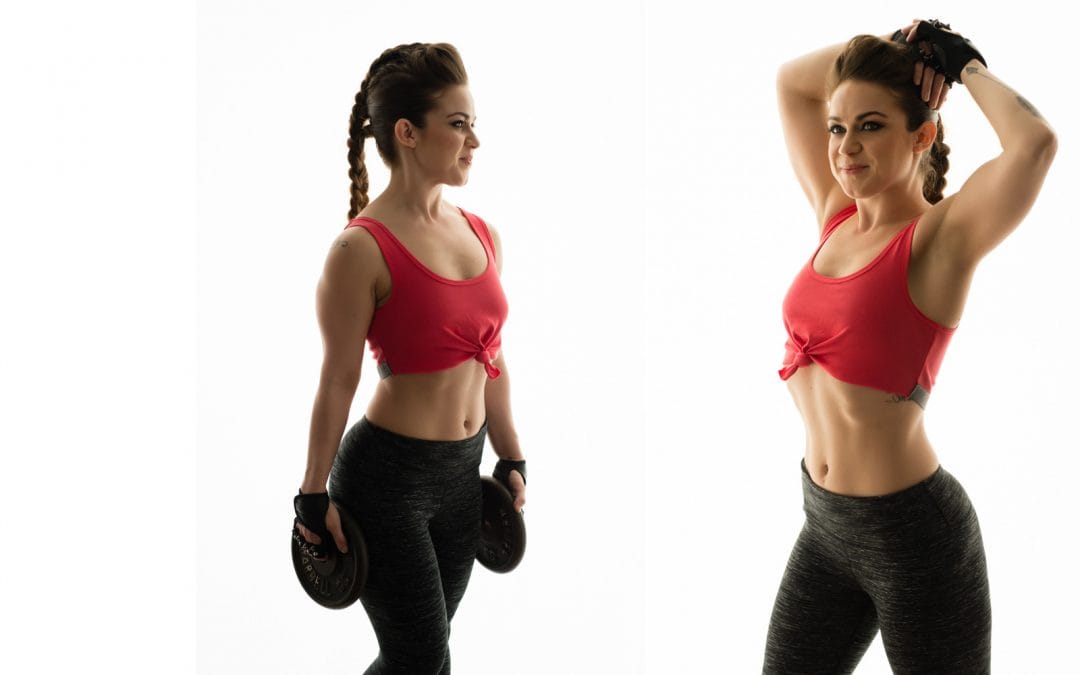 Over the past five years I have had the strongest and most resilient women walk through my studio door. Every woman is fighting a battle of some sort, no matter how big or small, we all have them. These past two years have introduced me specifically to women who are fighting battles with their health and/or disease. In January, life brought me Anna. It all started with a phone call:

Anna had emailed me about doing a fitness photoshoot. She said she was an avid runner and lifter and overall athlete. She also wrote that she had Rheumatoid Arthritis and has since she was a child. When I read this I remember thinking, how can you be an athlete and also have RA?! I was baffled and asked her to tell me more. Anna had decided to do the shoot to document all her hard work becoming fit and athletic because she was facing another joint surgery early February and she knew that she would need a reminder of her strength and resiliency while dealing with the post-op pain and recuperation. This was to be her 10th joint surgery. I knew immediately that I wanted to work with her and help her document this moment in her life. So we scheduled a telephone call to chat about the details.

Before we booked her shoot I wanted to talk on the phone with her and learn more about her vision. We were having trouble getting our schedules straight and one rainy Monday morning we finally connected.  I remember this because I was at my mother’s bi-weekly chemo treatment at Exeter Hospital in New Hampshire. I stepped outside into the rain to answer Anna’s call. The conversation flowed freely, like I was chatting with an old friend. When it came to scheduling her session Anna told me that she is being treated via infusion for the RA and wanted to schedule her session before the infusion so that she wouldn’t feel sick for her photoshoot. I confided in her that I knew what she meant as I was currently at my own mother’s chemo infusion session and had for the past seven months helped her plan her life around her “good” days and “bad” days.  I rarely tell my clients about this as I am an extremely private person and I really want their session to be all about THEM but I wanted Anna to know that I understood where she was coming from and that she didn’t have to explain it to me. I believe it was from that moment that we became friends.

Anna is an avid weight lifter, tuner and Spartan racer. Fitness is such a big part of her life so we decided that the theme to her shoot was : badass athlete. That is exactly who she is and we wanted to capture that. 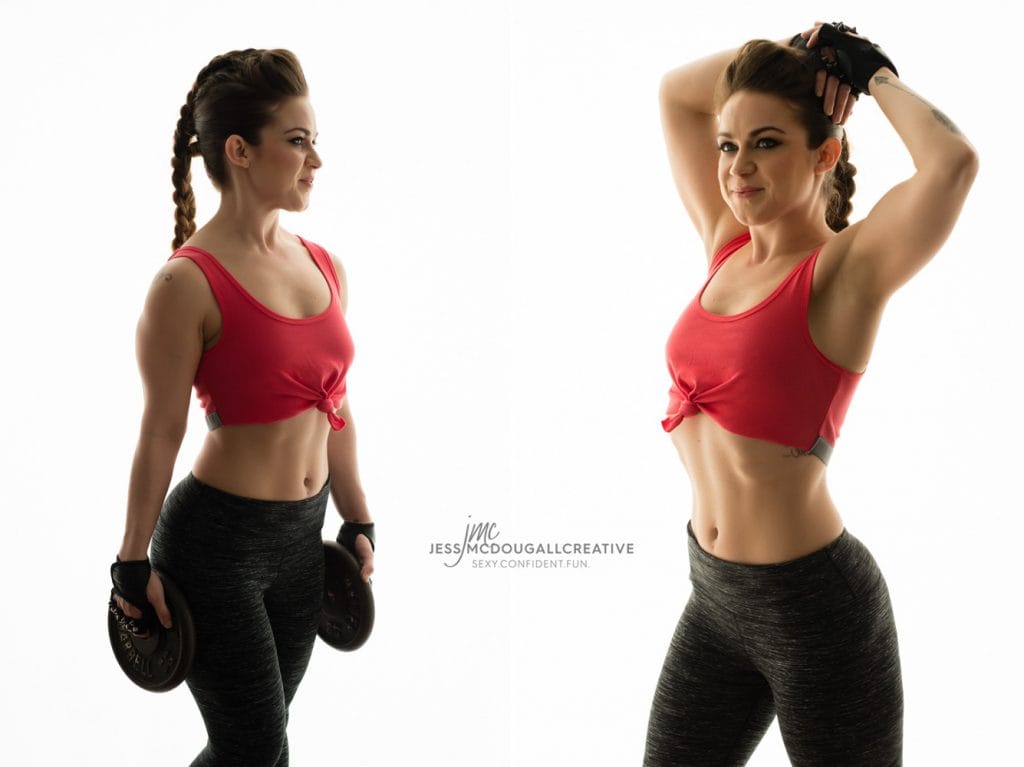 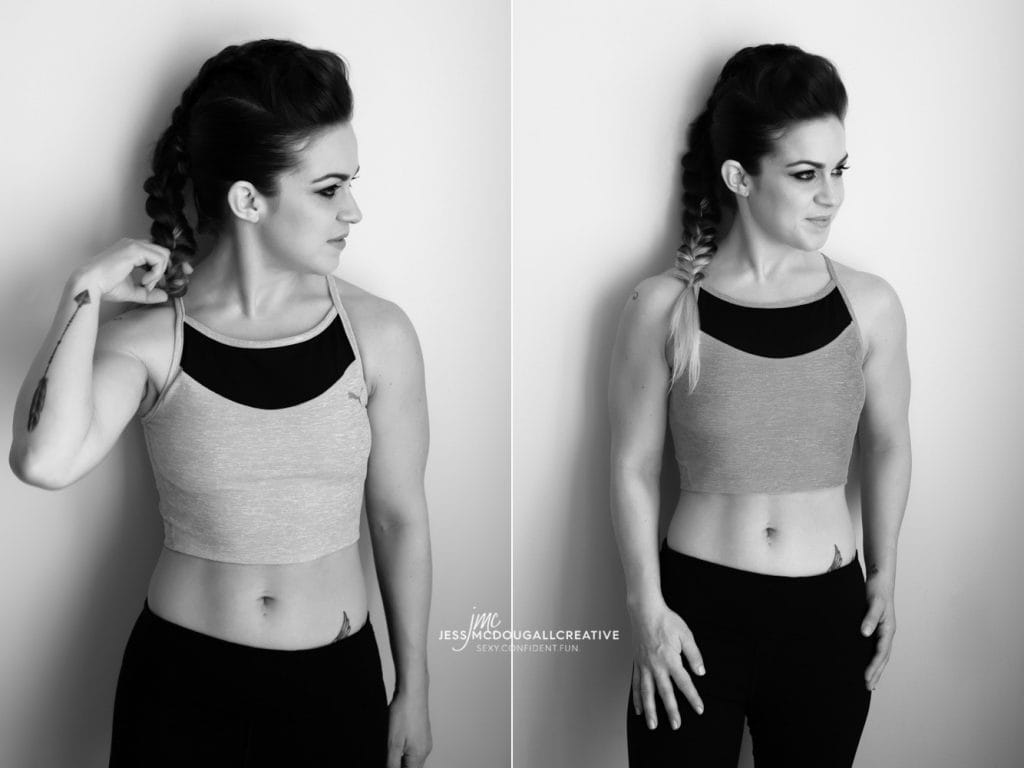 Anna asked that we make sure to get a few shots that show off her surgical scars as they are such a significant and beautiful part of her story. 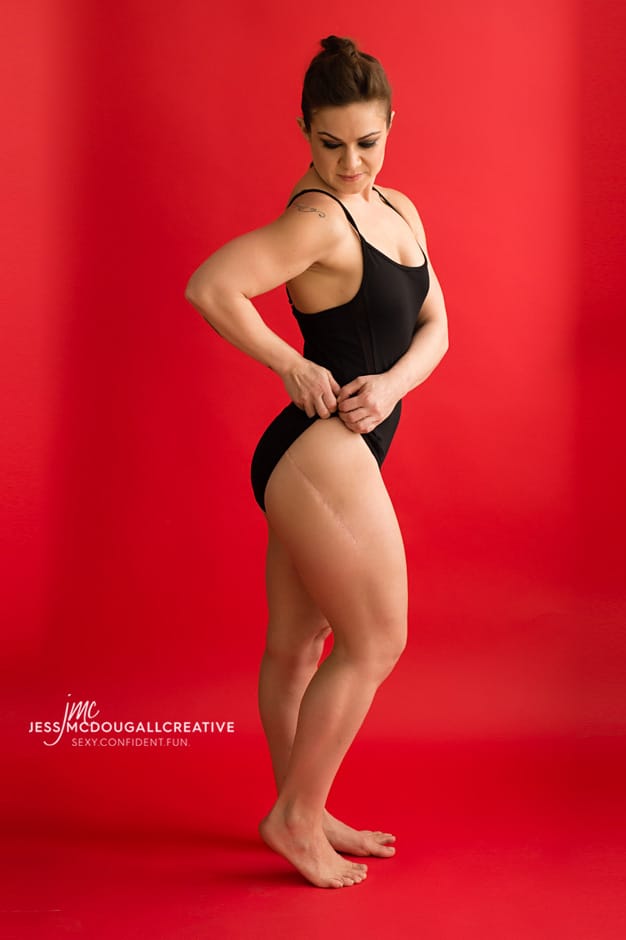 I am going to let Anna’s words and images tell the rest of her story.  The following is what Anna wrote about WHY she booked her shoot and HOW it impacted her:

Back in October, I went back to the gym just 10 days after having surgery to sever the nerves in my wrist cutting off the pain pathway to my brain. With my big clunky brace on, I was there to grind.

Just a few weeks later in November, I found out I’d need my third knee surgery and tenth joint surgery overall. I threw myself into training as hard as possible so that I could go into surgery as strong as possible. Today it’s helping me to recover at an accelerated rate, and back then it saved me – mentally and emotionally.

As my muscles came in bigger than ever, I fell more and more in love with the resilience of my body, and decided I wanted to capture that feeling via a fitness photo-shoot. I found Jessica McDougall online, and immediately fell for the way she captured women’s bodies in her photos – strong, powerful, and badass.

Our shoot together was one of the best things I’ve ever done for myself. These pictures are a daily reminder that I’m so much stronger than my disease, and an inspiration to work my ass off to get back into the gym. They’re also an act of defiance. A way of taking back 20 years of feeling broken and less than. A refusal to cover up or to feel shame. A love letter to myself and to my body. 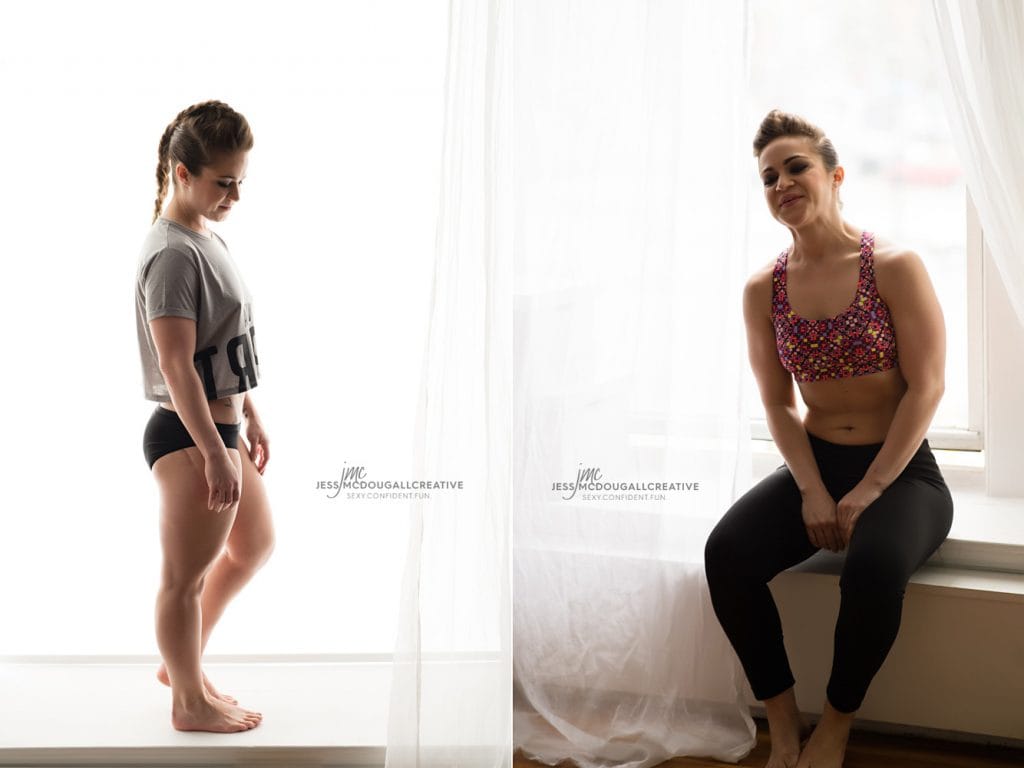 Beautiful Anna, you have shown us that while life will throw us curveballs, we can still power on. Your post-surgery postings are honest and true. You have opened yourself up about the physical and emotional toll the RA and all it’s side effects has taken on you. You share feeling down and defeated as well as sharing the victories. Through you we see that we are not defined by our diseases or impairments but that we can instead use them as tools to dig in and find that buried strength. We can become warriors, like you. 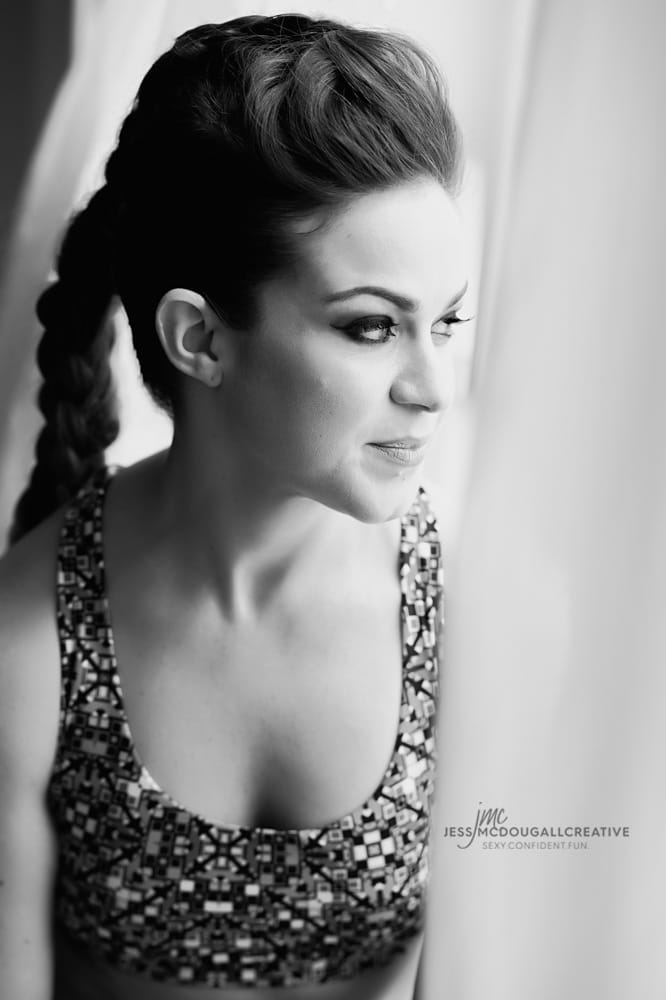 You can learn more about Anna and her journey on her blog: Six Hips and Counting and follow her Instagram page here. Anna will also be walking in this year’s Walk to Cure Arthritis. If you want to support her in this her fundraising page can be found here.

Are you suffering from RA? Here is a great infographic on how to have a Pain-Free Vacation with Rheumatoid Arthritis by Positive Health Wellness.

Have questions about Anna’s shoot or want to chat about documenting your own story? Use the form below to get in touch and we’ll talk about you and your vision.